Return to The Austrian Pinscher

Since 1921 people have knowingly started breeding the Austrian short-haired Pinscher purely, among others by the search for comparable dogs, the so-called land pinschers.
Nowadays land pinschers are still being used to keep the breed healthy. October 26th 1928 the breed was nationally approved, but because of the outbreak of World War II the breed came in serious problems. At a certain moment there even was only one fertile male left: Diokles von Angern. Outcross was the only possibility to save the breed from extinction, and therefore Diokles had to mate with females of unknown origin. Descendant Nora von Angern is considered to be the stamm mother of the modern Austrian Pinscher. 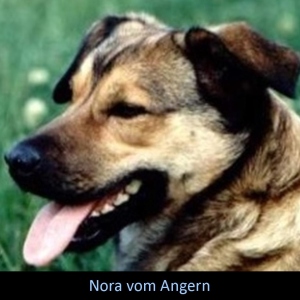 Nora’s daughter, Betty vom Schildbach, was the First Austrian short-haired Pinscher outside of Austria. After a lot of consultation, and on the condition that from each of Betty’s litter one puppy would go to Austria, Betty was allowed to come to the Netherlands in 1981. Descendants of Betty subsequently were the beginning of the breeding in Denmark, Belgium and Germany.
Betty was definitely no easy dog regarding the interaction with other dogs. In the presence of a young child or someone with a disability, Betty changed and took the responsibility on her. Even other dogs and cats were completely ignored in such situations. The mother of Betty’s owner was visually impaired and had difficulty walking. But she could without any trouble, under the guidance of Betty, travel to Austria by train. Helpful people were allowed to come near, but pickpockets did not stand a chance.

In 2000 the breed name was changed from Austrian short-haired Pinscher into Austrian Pinscher.